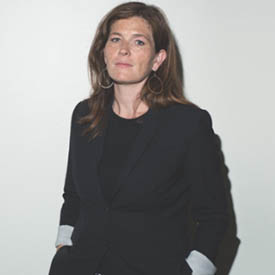 Suzy Loftus is a native San Franciscan with a highly respected career. As the former President of the San Francisco Police Commission, she led the effort to equip all patrol officers with body worn cameras, reformed the use force policy and dramatically increased discipline for serious police misconduct. In addition, she prioritized improving the Department’s response to violence against women and children, expanded the use of technology to solve crime and worked to make our streets safe for all who use them – pedestrians, bicyclists and motorists. Suzy currently serves Asst. Chief Legal Counsel for the San Francisco Sheriff’s Department. Prior to that she was General Counsel for the California Department of Justice, where she worked on select litigation – both affirmative and defense – on areas of significance to the Department. Suzy received the James Irvine Leadership Award for California in 2014 for her work in San Francisco’s Bayview Hunters Point neighborhood to build and found the Center for Youth Wellness, an innovative non-profit working to heal children suffering from the impacts of violence and chronic adversity. Suzy has also served as a San Francisco prosecutor where she prosecuted domestic violence, elder abuse and firearms cases. Suzy is a native San Franciscan, and along with Tom Loftus and her mother Maureen Roche, is raising 3 daughters in San Francisco’s Outer Sunset neighborhood.