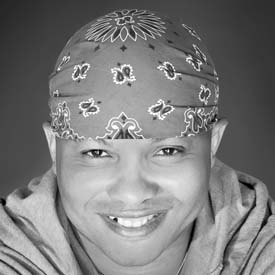 Founder and CEO of Nahi Wellness, Sid McNairy III has been inspiring and empowering people as a coach, author, musician and yoga instructor for more than 20 years. Sid began his love of yoga and shifting lives as a college football coach. Inspired by the impact that yoga had on his players, he began incorporating yoga as an integral part of his team’s training. This led to their first winning season in 23 years. "I can... I will... I must..." was the mantra used in the McNairy household and remains as Sid’s today.. At the end of his coaching career, Sid opened his first yoga studio. The impact of his teaching and his spiritual practice as a Native American has inspired Sid’s mission of spreading peace throughout the world. Sid is committed to philanthropic work benefitting the Baltimore youth through sports and yoga. Sid’s next book “The Warrior Within, a Quest for Peace,” is set to publish this month.