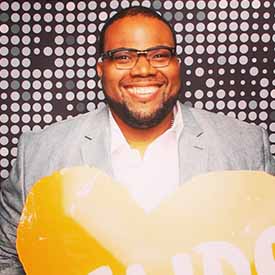 An extraordinarily progressive advocate for People of Color. McKenzy is the President & CEO at Koffee Global. In 2016, Koffee Global was developed to serve as a Q&A platform for black people. Today, Koffee Global is a digital publication, which manifests his passion for connecting with like-minded people and expanding global communities. In 2007, Germain acquired his MFA at the Academy of Art University, then began a two-year journey as a teacher at Los Medanos College in Pittsburg, California. In 2010, he launched his career in Los Angeles, with a five-year specialization VFX & 3D animation operations. In 2015, Germain transitioned into a Silicon Valley marketing role. McKenzy’s work and passion are deeply informed by his upbringing--a second generation Haitian, who grew up in New York and Haiti. McKenzy is a member of the Bay Area National Urban League.