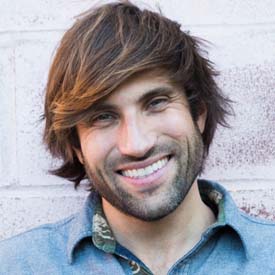 Kyle grew up in New England and had his first education in recycling while working at a Recycling Center (aka Dump) for a summer during college. The following summer he worked at a surf shop managing the sandal section. Kyle then pursued a career in sales for action sport and fashion brands.

It was during his first trip to Bali in 2004 that his life took a sharp turn; he decided to start something that mattered. The identification of a pollution problem combined with a new pair of sandals with a tire on the sole later turned into the brand, Indosole. Now in its 7th year and based in San Francisco with operations in Bali, Indonesia, Indosole currently employs 7 full time staff and 40+ craftspeople in its workshops in Java, Indonesia. Indosole has saved 60,000+ tires from landfills and given them new life as soles for footwear.