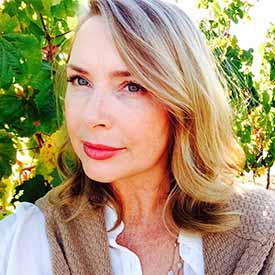 As the daughter of wine industry pioneer Jerry Lohr, Cynthia spent some of her youth in the vineyards. As an adult, she established a reputation for excellence in strategic marketing, representing many technology companies. After her post as a VP at AlexanderOgilvy PR Worldwide, Cynthia joined J. Lohr Vineyards & Wines in 2002 as Director of Communications before being promoted to Vice President Marketing in 2009. Now, as Co-owner and Trade and Brand Advocate, Cynthia champions causes including J. Lohr’s Touching Lives campaign, now in its 9th year. A deeply personal story to the Lohr family, this national campaign has helped fund more than 5,000 mammograms for women who would otherwise be unable to afford them, along with services that support women through every step of their cancer journey. Cynthia’s passion for community, philanthropy and the arts has led to numerous leadership appointments in the SF Bay Area, where she resides with her family.