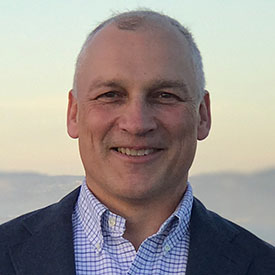 Chris Starling retired from the Marine Corps in 2014 after 26 years on active duty. An infantry officer, he completed ten overseas deployments and three combat tours. While on active duty, Chris was stationed in the San Francisco Bay area three times. From 1992 to 1995, he was assigned to an Interagency Counter-Drug Task Force based at Coast Guard Island, Alameda. From 2007-2008 he represented the Marine Corps as a Hoover Fellow at Stanford University; from 2010-2013 he commanded the 23d Marines headquartered in San Bruno.  Upon retirement, he worked as Director of Military and Veteran Affairs at the Marines’ Memorial Association in San Francisco. Recently, Chris transitioned to Operations Director at Vets In Tech, a San Francisco based NGO based that assists in training and finding employment for Veterans in the technology sector.  Chris earned his BA from the Virginia Military Institute and MPA from the City University of New York.